"We urgently need more joint European action to overcome the corona crisis. Showing solidarity and acting together will make a huge difference in the fight against the corona crisis. If we fail to do so, the corona virus could destroy the EU", declared the German Member of European Parliament (MEP) and health policy spokesperson of the largest group in the European Parliament (EPP, Christian Democrats) and doctor Peter Liese. Liese called for massive extensions of cross-border aid measures. “So far, hardly any medical professionals from other EU countries have come to Italy. It is a bad sign for the Italians when they see that Albania, Cuba, China and Russia are helping out in their country, but other European member states are not. Moreover, only two Member States, namely the rather small country Luxembourg, which should explicitly being mentioned in this context, and Germany have accepted patients from other Member States. During the Ebola crisis, we helped patients from West Africa and flew them in. Why the hell is it not possible for patients from Madrid, who can no longer find a place in the completely overcrowded hospitals, to be treated in the Scandinavian countries, Ireland or Eastern Europe?” According to Liese, the European Commission is currently extensively working on finding a solution to this matter. Already
tomorrow, Friday, a proposal shall be presented on how the work of the Member States in this area can be coordinated, as well as how free intensive care capacities can be reported as quickly as possible in order to help as many patients as possible, as quickly as possible.

The EU is also working at full speed on the common research policy. Research on vaccines, therapies and other measures against the corona virus is being carried out in 136 research teams in the EU through EU funding. "Only if the best minds work together in a network now, we can find a quick answer. That is why European research is more important in this crisis than ever before," said the doctor and MEP.

Liese gives hope to manufacturers of medical equipment, such as respiratory equipment. In a video conference of the health policy spokespersons from all political groups in the European Parliament, there was broad consensus about the plan to postpone the entry into force of the Medical Devices Regulation by one year. "Concerns about the urgency procedure and the Commission proposal which will present in a few days' time were only voiced by the far right. Everyone else was in favour. I therefore assume that we will adopt the European Commission's proposal as early as mid-April in a special plenary session. At the moment, manufacturers of respiratory equipment and all other necessary medical devices need our support and no additional bureaucracy", Liese concluded.
Αναρτήθηκε από europaios στις 12:33 μ.μ. 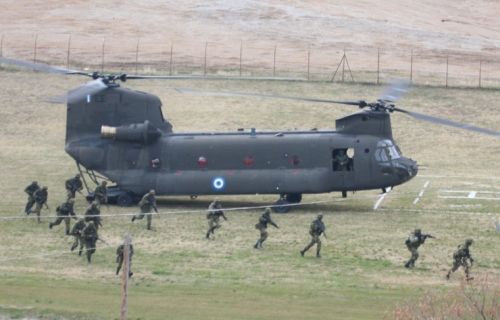